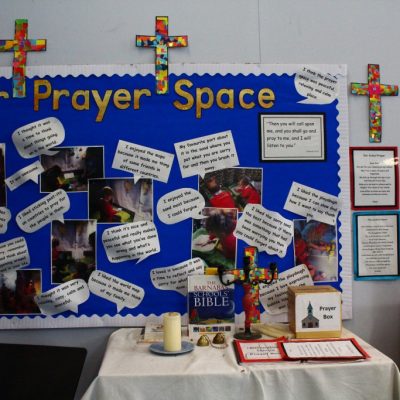 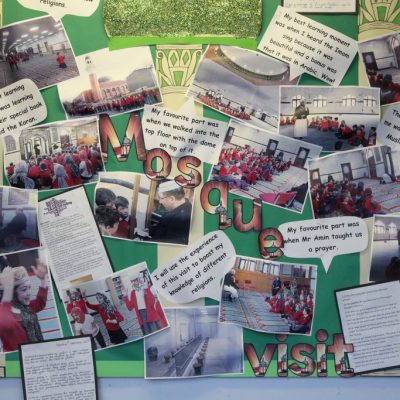 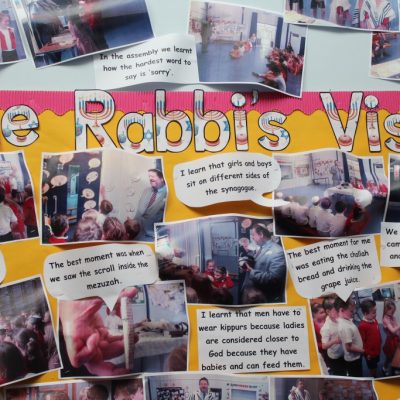 RE is taught in accordance with the Agreed Syllabus for Religious Education in Oxfordshire.

RE is statutory and justifies its place in the curriculum on educational grounds. It is the opportunity to explore major and distinctive dimensions of human experience, including:

In doing this, RE draws on the rich history of the major religious traditions in Britain, giving due prominence to Christianity to reflect the fact that the religious traditions in Great Britain are in the main Christian, whilst taking account of the principal world faiths, local communities and non‐ religious beliefs that may form the family background of many children in our schools.

Thus there are two main educational purposes to RE:

The Agreed Syllabus aims to enable pupils to:

The aims of Religious Education in church schools are:

Through enquiry based, challenging and engaging RE pupils are enabled to recognise the impact that faith has in society and encouraged to explore the Big Questions of life.

Through Key Stages 1 and 2, we will focus on Christianity whilst also drawing from Hinduism, Islam and Judaism, as well as non‐ religious worldviews, to provide appropriate depth and breadth to the exploration of the core questions and to meet the needs of the pupils. Reference to other religions, traditions, beliefs and lifestyles can be used to illustrate specific points, to reflect world events, or to include those represented in the class.

We use cookies on our website to give you the most relevant experience by remembering your preferences and repeat visits. By clicking “Accept All”, you consent to the use of ALL the cookies. However, you may visit "Cookie Settings" to provide a controlled consent.
Cookie SettingsAccept All
Manage consent

This website uses cookies to improve your experience while you navigate through the website. Out of these, the cookies that are categorized as necessary are stored on your browser as they are essential for the working of basic functionalities of the website. We also use third-party cookies that help us analyze and understand how you use this website. These cookies will be stored in your browser only with your consent. You also have the option to opt-out of these cookies. But opting out of some of these cookies may affect your browsing experience.
Necessary Always Enabled
Necessary cookies are absolutely essential for the website to function properly. These cookies ensure basic functionalities and security features of the website, anonymously.
Functional
Functional cookies help to perform certain functionalities like sharing the content of the website on social media platforms, collect feedbacks, and other third-party features.
Performance
Performance cookies are used to understand and analyze the key performance indexes of the website which helps in delivering a better user experience for the visitors.
Analytics
Analytical cookies are used to understand how visitors interact with the website. These cookies help provide information on metrics the number of visitors, bounce rate, traffic source, etc.
Others
Other uncategorized cookies are those that are being analyzed and have not been classified into a category as yet.
SAVE & ACCEPT
Translate »